I wouldn't call it a come back, I merely got the writing bug today.


From The Plastic Mancunian

The Music Meme
1. Which bands/artist do you own the most albums by?  Stereolab. They changed my life during Thanksgiving 1994
https://www.youtube.com/watch?v=3_XswHm514w&index=8&list=PLAhwneLBOOafQQXCw9W9PHX4wQpO8wAoL
2. What was the last song you listened to? Chuck E's in Love by Rickie Lee Jones
https://www.youtube.com/watch?v=3T-4y0kifAI
3. What’s in your CD player right now? Elastica. I was having a 90s throwback
4. What was the last show you attended? A double bill of Kreator and Arch Enemy. Kreator has been around for 30 years and they still have tremendous raw power.
5. What was the greatest show you’ve ever been to? WOW! So many. If I have to chose it would be a 3 way tie between Tori Amos on her 1996 Dew Drop Inn tour. She was like a mystical creature singing her whole life.  Devo touring w/ Something for Everybody, just MAGICAL. Liz Phair 2003, she wore a sheer black negligee and wielded her guitar like the giant phallus it is.
6. What’s the worst show you’ve ever been to? David Lee Roth 1990. His rhythm guitar player did most of the singing. We left after hearing them butcher "Unchained".
7. What’s the most musically involved you have ever been? I'm not sure what this question is really asking. I sing all day long, my co-workers love it.
8. What show are you looking forward to? I'm praying Kimya Dawson is going to tour the east coast again soon.
9. What is your favorite band shirt? Queensryche from the Operation: Livecrime tour.
10. What musician would you like to hang out with for a day? Adam Ant, he's fascinating and he has dreamy eyes.
11. Who is one musician or group you wish would make a comeback? The Smiths. It's too late for The Clash :-(
12. Who is one band/artist you’ve never seen live but always wanted to? Tom Waits. Please tour! Please!
13. What was your last musical “phase” before you wizened up? I regret none of my musical choices. Even the ridiculous teen pop I loved in the 80s. All music is art.
14. How many music related videos/DVDs do you own? 1, more Queensryche
15. How many concerts/shows have you been to, total? I'm estimating about 100. I used to keep track.
16. What’s your “guilty pleasure” that you hate to admit to liking? "Fancy" Iggy Azalea. I can't help it, such a catchy beat.
17. What is your favourite movie soundtrack? Reality Bites, The Crow, or Guardians of the Galaxy.
Posted by phairhead at 3:46 PM 6 comments:

Where's the Dreams that I've been after?

Check this out: my fellow blogger, the late phoenix, has dedicated his latest post to me. I'm so tickled! He's a sardonic, articulate & incredibly dashing blogger, read his stuff NOW.

It's no secret that I love Queensryche. Here's one of my favourites: 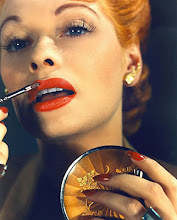 My interest has been waning for some time now. Not sure if I feel like continuing. Meeeeehhhhhhh
Posted by phairhead at 3:55 AM 5 comments:


Today we ripped off a blogger named  Kyogres from the blogHero of the BlueFlames. It's long so we will do it in parts. It was stolen fromNerdish. But, it was probably stolen there as well. So, of course, that will be as far as we go. Tracing back our theft's thieves might take some time. Take the time to comment on other player's posts. It's a great way to make new friends! Link back to us at Sunday Stealing!Sunday Stealing: The 99'er Meme: Final Part

Cheers to all of us thieves!
76) In your opinion, what makes a great relationship? Honesty, similar value systems77) How did/could someone win your heart? Simple SB had his heart wide open w/ me.78) In your world, what brings on more creativity? Zen & an open mind79) What is the single best decision you have made in your life so far? Moving back to NY 80) Why did you break up with your last ex? He said I wasn't the one for him81) What would you want to be written on your tombstone? "What are you looking at?"82) What is your favorite word? artifact83) Give me the first thing that comes to mind when you hear the word: delusional. Mind84) What is a saying you use a lot? I know! Right?85) Are you watching Idol this season? If yes, how do you like it? No, I have never watched it ever & I don't plan on watching it now86) Were you surprised that House got canceled? Not really87) What is your current desktop picture? The universe88) If you could press a button and make anyone in the world instantaneously explode, who would it be? Rick Santorum89) What would be a question where you'd not tell the truth? I'm not a dishonest person HOWEVER "Do I look fatter lately" is not a fun question to answer90) One night you wake up because you heard a noise. You turn on the light to find that you are surrounded by WEEPING ANGELS. The Weeping Angles aren't really doing anything, they're just standing around your bed. What would you do? Call the Doctor, anybody have the # to the TARDIS?91) You accidentally eat some radioactive vegetables. They were good, and what's even cooler is that they endow you with the super-power of your choice! What is that power? Force field ability92) You can re-live any point of time in your life. The time-span can only be a half-hour, though. What half-hour of your past would you like to experience again? Age 19, sweet kiss from a good friend while listening to Velvet Underground93) You can erase any horrible experience from your past. What will it be? 10 years ago living w/ crippling depression94) You have the opportunity to sleep with the music-celebrity of your choice. (let's say that you are both single and available) Who might it be? Moby95) You just got a free plane ticket to anywhere. You have to depart right now. Where are you gonna go? Back to Costa Rica or London96) Do you have any relatives or friends in jail? Not that I'm aware of97) Who's winning the U.S. Republican presidential nomination? Why? Romney as he is the least insane idiot in the pack98) Who's winning the next U.S. Presidential election? Obama99) If the whole world were listening to you right now, what would you say? Hey, kids! It's cool to care
Posted by phairhead at 6:29 PM No comments:

SB & I are off to Costa Rica. Be back to blogging later.

For the Quickfire Challenge, the cheftestants were surrounded by piles of pancakes. And then Pee Wee Herman came riding in on his bike. This sounds like a dream I had once. And on a side note, does  Paul Reubens ever appear as himself anymore? The cheftestants had to create the perfect pancake for Mr. Herman. Winning the challenge was Ed &  his pancake bits w/ fresh fruit and bacon. Sweet, crispy & BACON.

For the Elimination Challenge, the cheftestants had to travel the streets & kitchens of San Antonio shopping for ingredients, stop into a local restaurant to cook their dish & then travel to the Alamo to put the finishing touches on the dish to make something Pee Wee will go gaga over. One cheftestant per restaurant. Which posed some problems for Lindsay who was a place but then decided to hunt down more ingredients & then had to back track to an available space to cook. Dumb ass! But that dumb ass went on to win the challenge w/ her stuffed zucchinis filled w/ beef cheeks, rice and goat cheese. Blech to me! And packing it up was Grayson's GINORMOUS stuffed chicken breasts. Aw nuts!

But wait! It was then revealed to the remaining cheftestants that all of the previously booted cheftestants went on to a final head to head cook offs w/ each other. Duking it out for a spot in the finale was the recently departed Grayson against Bev. I have a feeling about which way the wind is blowing on this cook off.
Posted by phairhead at 6:22 PM 6 comments: