I am Grounded, I am Humble, I am One w/ Everything 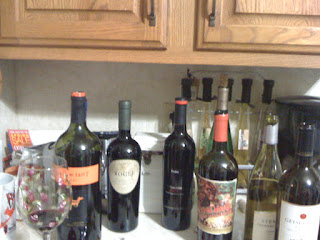 This is a scene from the wine/whine party I went to Friday night. If you know me, then you know I have extreme social anxiety. So the prospect of going to a party where I only knew the host, made me feel queasy and tense. 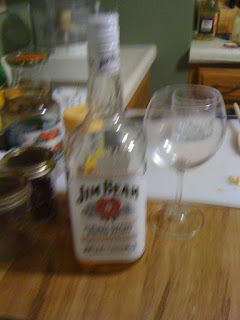 It was girls only, so Sexybeast was left to his own devices (pizza & Left for Dead IV). And I ended up having a fabulous time, chatting and mingling and drinking the white stuff. There was also hot toddies. 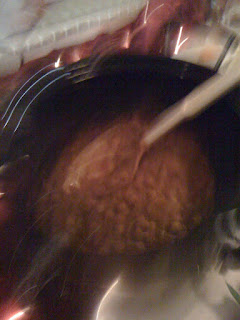 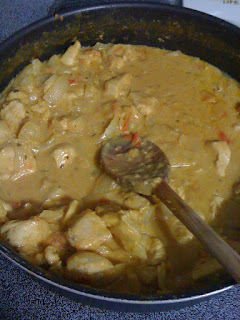 For nibbles there was chana masala, chickpeas and potatoes in a smoldering curry sauce. There was beef vindaloo which I did not partake because I feel in love w/ the chicken korma. There was also plenty of jasmine rice on hand. My friend Andrea had back up rice in her secondary rice cooker. 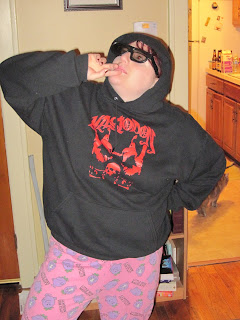 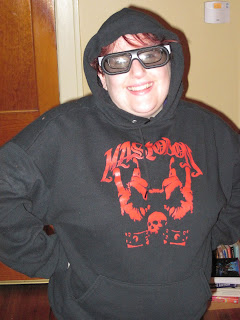 Today is Sexybeast and mine 2 year anniversary. We went to Alice in Wonderland last night and it was hauntingly beautiful and morbid and disturbing. I loved it! Except for the gay ass dancing. I decided to keep my 3D specs, the first shot of me looking German. 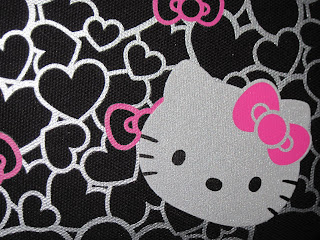 Check out the sweet new wallet Sexybeast gave me!

We headed over to the Stockade Inn for dinner. It's the place where we're getting married and we wanted to check out the grub. I had an amazing chopped salad w/ avocados, prime sirloin (BLOODY), broccolini (which I've never had before and it soooo delicious) and mashed potatoes. Sexybeast went w/ surf n' turf, bloody prime strip steak and lobster tails. The best part was the dessert, as it was Saturday night, the pastry chef was trying to get rid of everything in the kitchen to start fresh on Sunday. Sexybeast ended up w/ a quarter of cheesecake and I had a gigantic slab of peanut butter pie. Which we ordered to go, so we could drink and watch Start Trek and snuggle.

Leonard Nimoy is the fucking shit! And Zachary Quinto wasn't half bad either.
Posted by phairhead at 11:21 AM

Happy Anniversary! That is a kick-ass new wallet, if I say so myself.

I'll also bet the wine helped w/anxiety. At least, it would help me become more talkative! I like those bottles.

AJ: i have a wine reccomendation for you. Big Red Monster. tis very good and dry :D