For many years now, I have denounced the show "American Dad". Until one day last week, when I was bored and looking for something on Netflix streaming, I decided to give it a go.
I laughed my ass off! I am now obsessed w/ Roger the Alien. I've been annoying Sexybeast by randomly screaming "Who ate all the Pecan Sandies?!" I don't know what it is about Roger I like, possibly his Paul Lynde type of voice.
On season 4 episode 12 of American Dad, Roger rants continuously about having grenadine to make a "Roy Rogers", a non-alcoholic beverage consisting of a can of cola & a little less than a shot of grenadine. I could not get this drink combination out of my head.
However, I hate grenadine. That sticky mess corn syrup and red dye #5. Blech!
After consulting The Profusser, I decided to make my own grenadine. 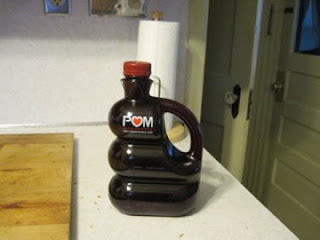 Step the 1st, buy yrself some unsweetened pomegranate juice. I was thinking, "Say what?! Grenadine is supposed to be fruit flavoured?!" My mind is officially blown. 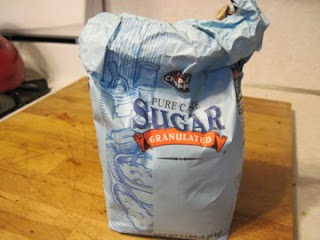 I have my ordinary granulated sugar. 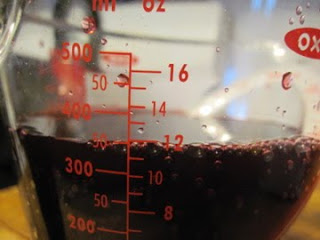 I doubled the recipe I had, so that's 12 oz of the juice. 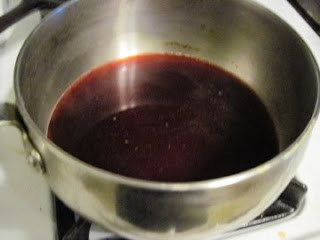 Step the 2nd, take yr pomegranate juice & put in a saucepan on medium heat. Reduce it down to half of the liquid you added. Add 6 oz of sugar. Stir until dissolved. 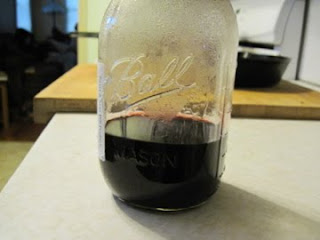 Take yr concoction and stick in the fridge to cool.
After cooling it, I made myself a Roy Rogers. 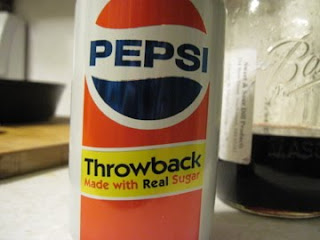 I gave up soda. It was a hard habit to break but it was nice not to have my teeth feel furry. I think this was in part to the evil corn syrup. This Pepsi was super fucking awesome! And slightly lower in calories than the other crap.
Holy baby Jesus! A "Roy Rodgers" tastes like Mr. Pibb!!! I love love love this. If you want a party in yr mouth, then I urge you all to start drinking Roy Rodgers.
"Do you know what you get when you mix grenadine and room temperature cola? You tell me when I throw it in yr face!"
Posted by phairhead at 4:41 PM

I love Mr. Pibb. This sounds like a good way to get some without the HFCS. I just wish there were a Coke Throwback, or that the Mexican Coke with real sugar wasn't so damned expensive.

In re: grenadine, I sometimes add a little slug of fresh pomegranate juice to the final mixture. I find that it brightens the syrup a bit and creates a more nuanced fruity flavor.

Do you love Pepsi or Coca-Cola?
PARTICIPATE IN THE POLL and you could win a prepaid VISA gift card!