The TT questions are brought to you by Bud, the color of Atlantic Ocean and the number 3. 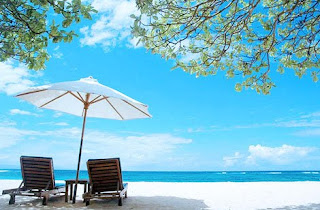 1. It became officially summer on Monday. What's your favorite part of winter? Christmas/New Year's and then it's all down hill from there until May.

2. What was your worst summer vacation ever? The $ Store when I was 17. Idiot boss!

3. Kimber's husband just got the dream job that he's hoped for. So a big shout out to her and Anthony! Tell us about the best job that you ever had. Zone Music & Video, I listened to music and watched movies all day and flirted w/ cute boys. Plus the 40% discount and ordering privileges.

4. Who is probably talking a load of crap about you right now? I could give a fuck!

5. An alien appears and offers you the opportunity to repeat one year of your life. You will still know everything that you know now. He explains that no matter what you do differently, when you are returned to the present nothing will have changed. What year would you pick and why? 1994 when I was thinner and full of promise.

6. Name three things you have on you at all times. Explain why. Lip gloss, for chapped lips. Car keys because I'm usually driving. A healthy sense of irony because you never know.

7. When was the last time you wrote a letter to someone on paper and mailed it? Swap meet partner back in March.

8. If you could have everyone in the blogosphere read just one of your posts, which post would you pick and why? Anyone of my thunk posts because I'm one funny motherfucker!

9. I recently read that the music industry continues to decline at an alarming rate. In the last year it said the sales of Michael Jackson's and The Beatles' music are the only artists who sales continue to climb. The article stated that the two are holding up the industry. Have you bought a CD or mp3 of either artist recently? I have bought something from The Beatles.

10. What radio ad right now do you find so annoying that you'd rather have a tooth drilled than hear it again? I don't listen to the radio ads, that's why the Good Lord invented iPhones and CD's.

11. Berleen walks into a bar on a hot Minnesota day. At the bar sits a priest, a rabbi and a minister. A ten foot duck walks into the bar right after Berleen. What drink do you think Berleen orders? A pink squirrel.

12. There is a knock on your door. It can be anyone in the world. Who would you want it to be? A sack of money or.....Peter Saarsgard.

13. What would be the worst entertainment or sporting that you could be forced to watch? Dancing w/ the Former Stars of Golf on Ice.
Posted by phairhead at 4:08 AM

This was a *really* good one! I liked your best summer job - lots of fun, little in the way of responsibilities!

I miss those days!


Have a great Thursday!
http://harrietandfriends.com/2010/06/who-is-probably-talking-a-load-of-crap-about-you-right-now/

Dijea: Now there's a pitch for the TV execs :D

if aliens visited me, i'd go the richard dreyfuss route and leave with them, become the Earth Ambassador...

eternal: is that why yr posts have been so sporadic? ;)