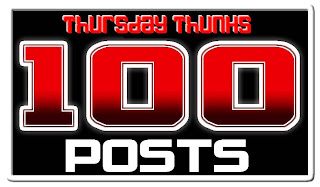 Congratulations to
KIMBER & BERLEEN!
at once a week...a great milestone

Welcome to the September 2nd edition of
Thursday Thunks!
(which we always seem to post on Wednesday)
Where we make you think a little bit before you blog!
We pick a subject, and your job is to interpret it anyway you want.
Write about it on your blog... simple as that.
Maybe you can interpret it as a picture - we don't care!
Please only leave a link if you have written a Thursday Thunks post.
Don't forget to go visit the other participants' blogs.
Read and comment about all their Thursday Thunks responses!
That's what all this is about after all, isn't it?
We'll have so much fun and become lifelong friends....
Thursday Thunks: At the Zoo
The TT questions are brought to you by Bud, the color of my neighbor's wife's eyes and the number 33,333.

1. Would you rather have a pet hippo or a pet elephant? Neither! But if I had a gun pointed to my head, I'd go w/ hippo because it would be easier to install a pool than an elephant sanctuary.

2. Why do you think bananas are shaped the way they are? I don't know, let's blame a man.

3. In one word (OK, you can go three to four MAX) , what do most people describe you as? Cute, funny, intense

4. Choice (stupid but a choice…): Loss of vision, ability to speak or hearing - which do you choose? (you have to choose one....) It's like a law. But we can't make you. Vision! I love music and singing too much to give that up

5. Do you like lemons? Do you use them to clean with or just as a food source? Or are you saving them up for 2012? I love lemons, very tasty.

6. When you are feeling icky with that sickness feeling, what is your first choice for feel-better medicine? Nyquil, I like to be completely drugged out when I feel like shit.

7. You are starving. You have not had anything to eat for days. In front of you is poison ivy, a live hissing cockroach, and a rotten stinky piece of some sort of mystery meat to eat. Which would you pick and why? Cockroach because poison ivy and rotten meat would kill me. I'd rather be grossed out than dead.

8. Who was the last person you bought a present for? What was it? Will you buy Berleen one? I got my niece a birthday present (she'll be 5 on Sept. 6). I found it at BJ's, an American Girl pet, a golden retriever. Those suckers cost $25 and up & I got mine for $14.

9. Name 3 things you want your kids to learn before they grow up. (If you don't have kids, feel free to explain to the other players why you chose the “no kids“ choice. Yea. I know. (Those who have children will NEVER get it. And no, don‘t explain it…) I don't have kids, I don't want to have kids. SB and I like our lives the way they are and kids will change that forever. I'm really fucking selfish basically.

10. What was your favorite toy as a child? What happened to it? A 3 way tie between my Sit N' Spin, my green Bouncy Bounce & my dollies that had pop on clothes. I think they were called Pop-Its or Click-Its. Let me know if you remember.

11. If you could paint your house ANY color you wanted and your friends, family & neighbors would love the color from the moment they saw it, what would it be? A deep eggplant purple.

12. If the Pillsbury Dough Boy got into a fight with Mrs. Butterworth who would win? And would anybody get hurt? And do we seem desperate even asking? Mrs. Butterworth would kick his sorry ass, she'd shove him an oven and bake him!

13. What was the last thing you would guess that Kimber took a picture of? Oh. And consider the meme listed below. Click on it. It rocks. I don't care, no offense.
Posted by phairhead at 4:20 AM

Good point about the pool.

Have a great Thursday!
http://harrietandfriends.com/2010/09/earl-from-space-and-the-ruler-of-the-blogoverse/

NyQuil is my go-to cold med, too. It was waaaaay better about 10 years ago when it was still 25% alcohol rather than the current 10%.

YAY another vote for mrs B!

i live in my bouncy bounce

eternal: a bouncy bounce is a ball you hop on, also known as a hippity hop

I think you're right about #3.